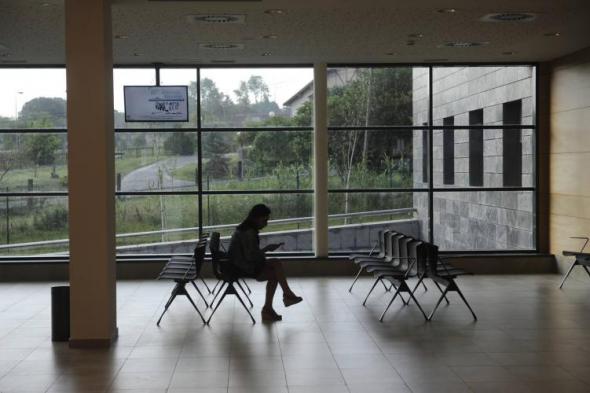 The Urduliz Hospital relies on the bench SLAM

Since 2016, the Urduliz Hospital (Spain) has been improving its facilities with various renovations and in all of them it has relied on the SLAM Seating Beam, designed by Lievore Altherr Molina, to equip its waiting areas.

All the benches have been installed progressively over the years in the different renovations undertaken. As of today, the Hospital has 182 benches with between 2 and 5 seats, a total of 688 seats.

Urduliz Hospital, designed by DEBOR Architects, has 38,000 square meters built, distributed in three buildings: the first one houses hospitalization and day hospitals; another second building houses the general healthcare services (emergencies, surgical block, support areas, resuscitation and the radiology service) and, finally, the third building is the one that has the external consultations.

The centre, belonging to the Basque Health Network (Osakidetza), can boast of being equipped with the best avant-garde technology for the diagnosis and treatment of diseases. The Ministry of Health highlights that, thanks to the improvements that have been incorporated since its inauguration in 2016, the Urduliz Hospital has become a "modern, functional and accessible" centre. SLAM in the Basque Health Network

Urduliz Hospital is not the only health centre in Osakidetza that has been equipped with the SLAM Seating Beam. SLAM was also chosen to dress the waiting areas of the Zabalgana Health Center in Vitoria-Gasteiz in its four-seater model.

For its part, the Salburua Health Center, also in the capital of Alava, has about 70 SLAM Seating Beams distributed in its facilities with a grey frame and a green polypropylene shell. Most of the benches placed have four seats, although we also find other smaller ones (3 seats) with tables on the sides.

The fact that the Basque Health Network has relied on our SLAM waiting bench on several occasions shows that it is a suitable seat for this type of healthcare facility in which patient comfort is essential. The SLAM family offers that necessary comfort without sacrificing design.