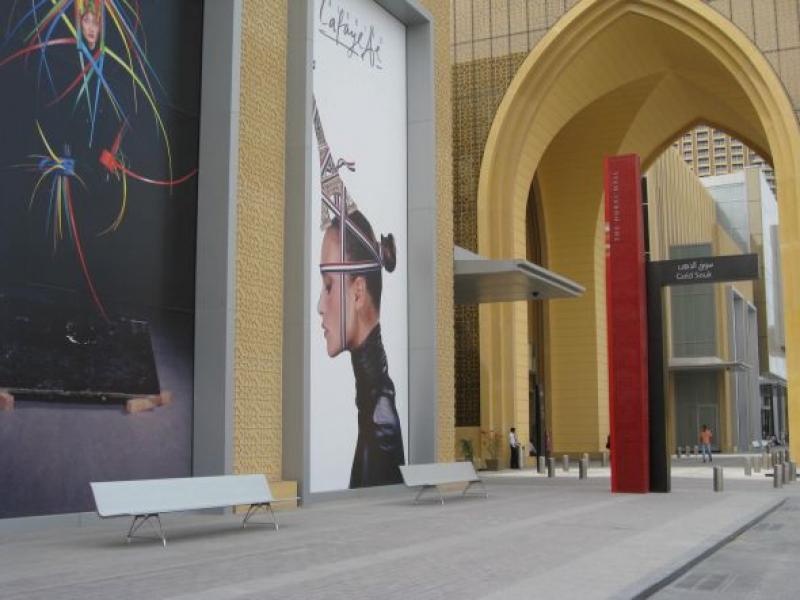 The Dubai Mall is the largest mall in the world. This was established at the Guinness Book of Records, although it is not the only record that has beaten. It has also been the most visited entertainment and shopping place in the world, a range that it has maintained for several years.

The Dubai Mall is located in one of the best areas of Dubai, in Downtown, same place where the Burj Khalifa and Dubai Fountain are located, two other emblematic points of the city.

Its construction was an investment of 20,000 million dollars, financed by Emmar Propertier. The large complex was built by a partnership between Dutco Balfour Beatty and Al Ghandi Consolidated Contractors Company JV (AGCCC JV).

The figures speak for themselves: 111 hectares, more than 1,200 stores and 14,000 parking spaces. Inside it is the largest aquarium on the planet (another record to the list) with 10 million litres of water in which live 33,000 fishes. A hockey field, more than 20 cinemas, luxury hotels, restaurants ... and even a flight simulator and two amusement parks. In short, a Mall with everything you can ask for.

After touring so many square meters of shops, restaurants and other leisure spaces, visitors to the Dubai Mall deserve a break. For this reason, the mall has several resting areas in its entirety, equipped with the AERO Bench produced by  SELLEX. This bench design by Lievore Altherr Molina occupies different areas of the mall, inside and outside. This is because if anything characterizes the AERO Bench it is its robustness. AERO is the perfect combination between comfort and resistance, all in a minimalist design materialized in aluminum and stainless steel.

The client also has the option to choose the number of seats in each bank. In this case, the Dubai Mall needed aeound 200 seats in different AERO Benches, 30 of them are for 7 seats. Enough seats to take a break in our tour of the largest mall in the world.