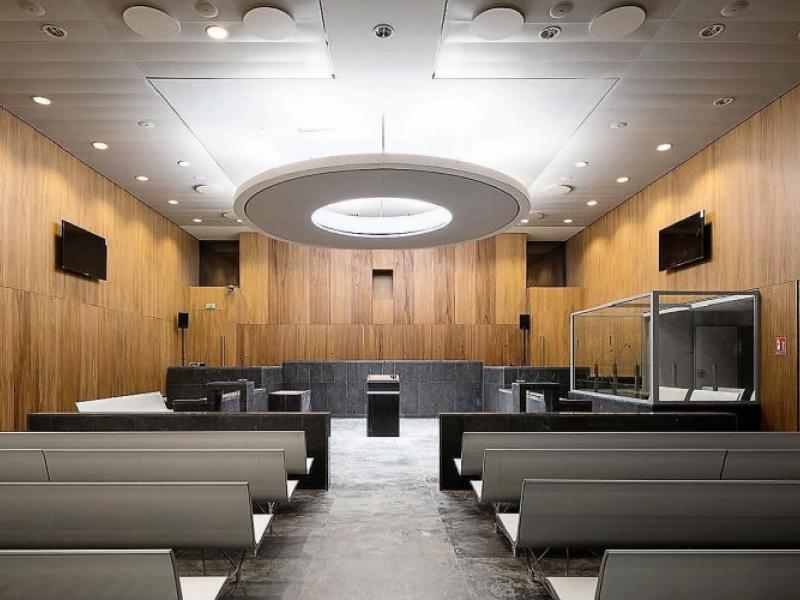 The new Palace of Justice of Pointe à Pitre, in the Island of Guadalupe of the French Antilles, has been equipped with the AERO Bench in some of its versions. In this way, AERO is placed in various spaces of the building such as audience rooms and waiting areas.

In particular, the AERO model that has been used to equip the facilities of the new Palace of Justice is the selfstanding AERO Bench with back and backless.

It is the wise choice that boosted the dialogue between the interior design and the building architecture, projected by BP Architectures.

The old Palace of Justice had only one courtroom and the new one increases the total number to 7, binding the services of the other 2 courts together. The new Palace of Justice seeks to offer greater comfort and safety to both employees and attendees, through a modern and a careful interior design and the latest developments in building automation technology. All this to gain speed in daily actions, one of the main objectives pursued by this new Palace of Justice.

A building of "controlled balance"

BP Architectures was the Company responsible for this Project in which 27 million euros were invested. The execution works lasted 31 months in which more than 200 people participated. The final result is a 6.000 m2 building that, according to BP Architectures "due to its form of composition, its construction rhythms and its materiality, is presented as a structure of controlled balance".

The architects who worked in the Project claim that, taking into consideration the location of the building, placed in the heart of the city, "it is expressed through a vast interior open to the city, a hollow, deep and preserved space". AERO Bench in Palace of Justicie of Pointe à Pitre.

Throughout its more than 15 years of life, the AERO Bench has maintained a close relationship with palaces of justice and congress halls. It is a very appropriate seating for this type of facility, because of its minimalism, elegance, comfort and robustness. A timeless design and a great functionality that allow to fit in palaces of justice and congress halls.

The High Law Court in Lorient (France) or the Mahon's Law Court (Spain) are some of the examples of judicial buildings equipped with the AERO Bench.

Regarding congress halls and auditoriums we could name Kursaal in San Sebastian (Spain), Agora International Congress Hall in Bogota (Colombia) or the Graz Fairgrounds (Austria), among others