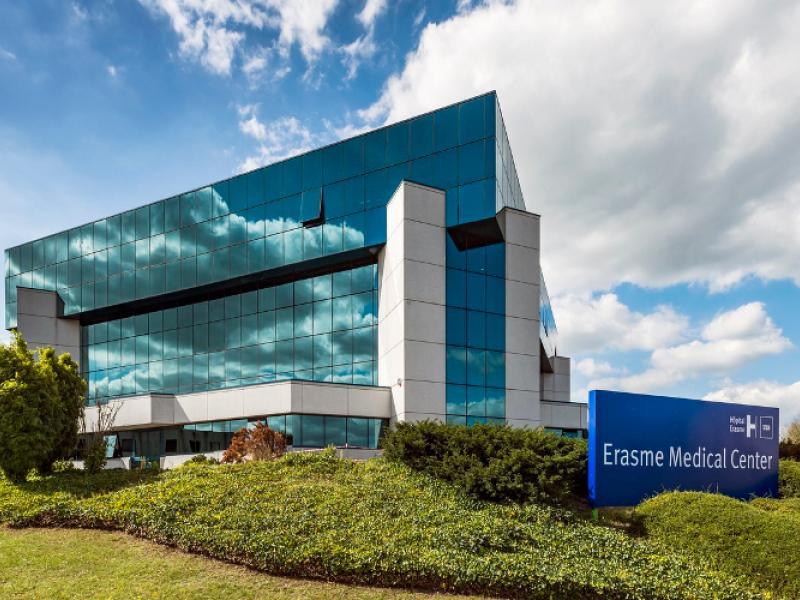 Patients at the new Erasme Medical Center in Anderlecht (Belgium) can sit on the SLAM Beam (designed by Lievore Altherr Molina) while they wait to be attended. A bench that was chosen because it “harmonizes with the space”. This is how Sébastien Desbonnez, the interior designer of the EMC (Erasme Medical Center) considers it and, for this reason, decided to equip the center's waiting areas with nearly a hundred SLAM Seating Beams of different sizes.

Seating beams of 2, 3 and up to 4 seats (some of them with tables on the sides) that can accommodate a total of 262 people. The chosen tones are: the frame and the shells of the SLAM Beam are in dark grey while the tables are in black melamine. Three architectural firms were commissioned to carry out the project of the New Erasme: Assar Architects, VK Studio and Metzger & Associés Architecture. This indicates the complexity of the project itself, that it was not limited only to the creation of a new medical center.

In fact, it was a dual program that contemplated, by one hand, the rehabilitation of the original hospital built in the 1970s, and on the other hand, the construction of the new medical center building. In this way, the EMC is connected to the existing hospital and to the new Jules Bordet Institute (cancer center), through a street that opens onto the landscape of the "Vogelzang" protected natural area.

As explained by its architects, the new hospital complex takes on an 'H' shape that arises directly from the desire to install four care units per floor, that is, one in each branch. This configuration favours the distribution of natural light inside the building thanks to two outdoor patios of 600 m2 each.

Without a doubt, it is a major project in which we have been delighted to take part through one of our benches for clinics, hospitals and medical centers.