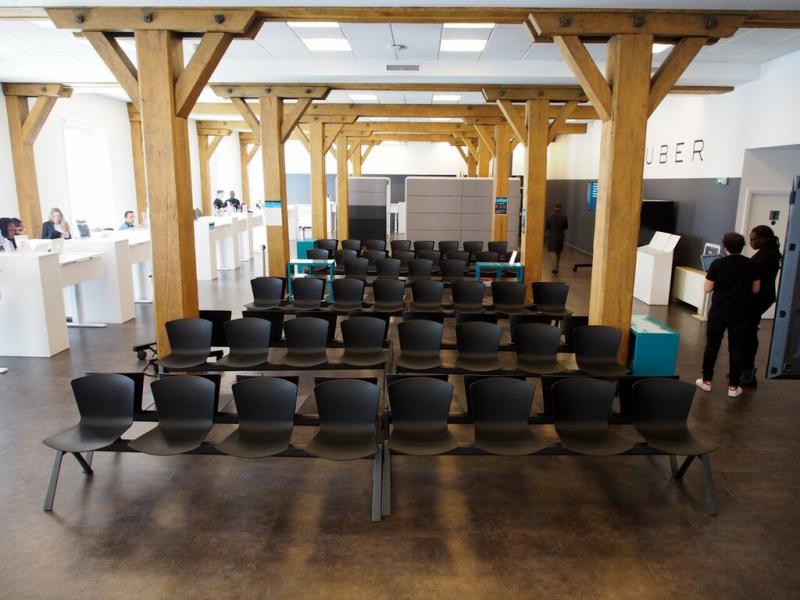 Founded in 2009 and based in San Francisco (USA), Uber is a multinational ride-hailing company that puts users in contact with drivers through mobile apps.

Paris was the first city outside USA to host the service in late 2011 and from the beginning the capital has acted as an “experimentation laboratory” for future projects. The expansion continued in other French cities during the following years. Currently France is the second most important European market of the company.

The facilities of Uber in Paris reflect the dynamic spirit of the company. The driver training room is located in an open and clear space. Black and white colours predominate in a room where the colour touch is given by some auxiliary furniture in blue. The wooden columns and beams work as counterpoint in an environment ruled by technology, giving personality and warmth to the room. The versatility of SLAM Beam

21 SLAM Beams equip the training room of Uber in the French capital. The chosen model is the one of 4 places entirely in black colour, in order to be coherent with the corporative colours of the company. Designed by Lievore Altherr Molina, SLAM Beam keeps the same track than SLAM Chair. Its light design creates the impression that the shells would be “floating” over the structure, but it is still a resistant and comfortable bench. In addition to the Uber training room in Paris, the versatility of the SLAM Beam has enabled it to equip many facilities such as airports, passenger terminals, hospitals and funeral homes. SELLEX is honoured to have equipped such diverse installations.