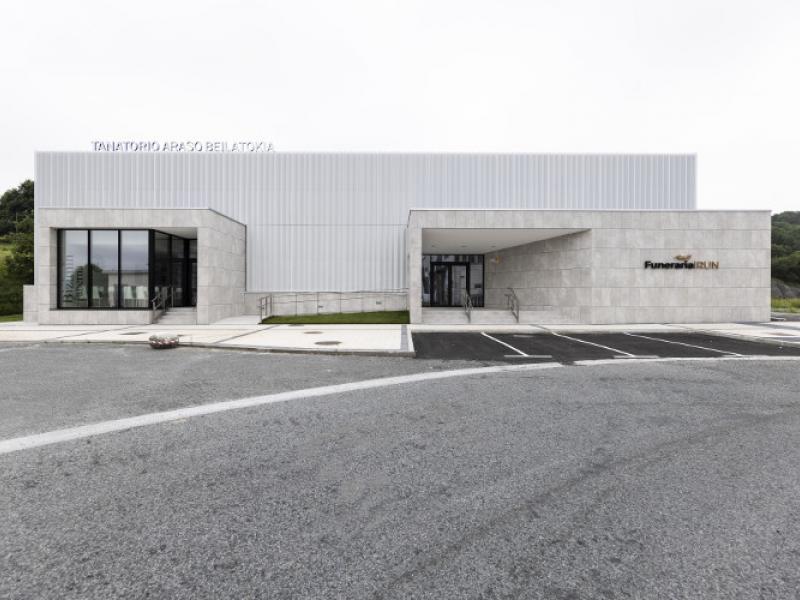 The Araso Funeral Home located in Irún (Spain) has relied on the AERO Bench, designed by Lievore Altherr Molina, to equip its multi-denominational hall or chapel. The facility also has six wakes, a crematorium with two ovens and a cafeteria. Currently, the necessary steps are being taken so that the funeral home also has a thanatopraxy institute and thus offer training in the funeral sector.

Carlos Fernández and the rest of those in charge of the Irún Undertakers were working for 13 years on the idea of a "funeral home that does not seem like such". They envisioned a space where clarity and natural light were essential to convey a sense of life and tranquillity in a moment of difficult farewell. Thus, once defined, they contacted the Hoz Fontán Architecture Studio to materialize the project. In order to achieve the tranquillity and the desired luminosity, in addition to distributing the candle rooms along a corridor whose side wall is fully glazed, the funeral home has small interior patios with a garden. In this way, both the multifunctional room and the candle rooms communicate with the outside, facilitating the natural entry of light and functioning as "oxygen mouths". Likewise, the colours in light tones on the walls and floors reinforce the feeling of clarity and promote the desired calm.

Regarding the exterior, the façade is built with perforated aluminium sheet folded at 90º angles that reduce the radiation of UVA rays and the entry of insects into the facilities by 38%. In addition, the roof is waterproofed and insulated with Polyurea. The building is energetically sustainable thanks to the Aerothermal, with which they get hot water for the changing rooms and the cafeteria. A comfortable bench for an awkward situation

One of the main reasons for choosing the AERO Bench was its convenience. The responsible of the Irún Undertakers relied on one of our most representative funeral home seats with the aim of transmitting "comfort in an awkward situation." In addition, they chose it for its "aesthetics and modernity that combines very well with the installation."

For SELLEX it is an honour to equip the Araso Funeral Home, an installation created to accompany and bring calm in the difficult moments of saying goodbye to a loved one.